1,000 hours of TV to watch while social distancing

Here are some of our top time-consuming TV binges: 15 seasons (331 episodes) = 242.73 hours of television (14,564 minutes) I recently did this binge. It's bold. It's brave. It's hypochondria-inducing. Above everything, though, revisiting this hospital drama packed with talent will captivate you whether it's your first time watching or fifth. The characters are diverse, the storylines were groundbreaking for the time and the writing is timeless. — Sandra Gonzalez 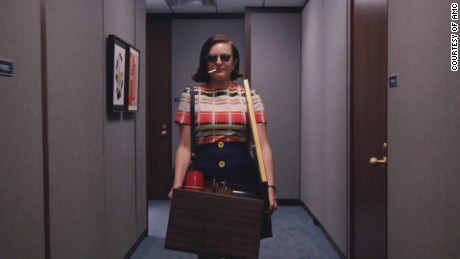 7 seasons (92 episodes) = 75.8 hours of television (4,548 minutes)Like its central character, advertising executive Don Draper (Jon Hamm), "Mad Men" is moody and mysterious. I hung on every scene of its seven-season run (2007-2015), trying to decipher the code of creator Matthew Weiner's omni-present dark lighting and frequent pregnant pauses. This is the kind of show you sip like a scotch, as you watch very flawed men and women chain smoke and drink their way through the social politics of Madison Avenue in the1960s. The attention to detail alone makes "Mad Men" a worthy watch, but Elisabeth Moss as ultimate boss lady Peggy Olson is really justification enough. — Megan ThomasWatch on Netflix. 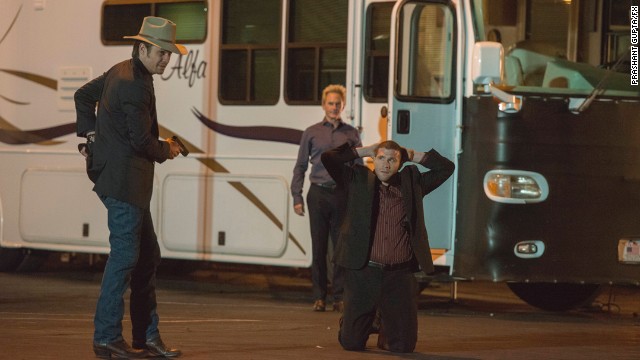 In addition to "The Shield," "Nip/Tuck" — which premiered in 2003 — was one of the landmark shows in terms of transforming FX network into a showcase for edgy, premium-style dramas, in addition to marking a breakthrough for Ryan Murphy (who has since done "American Horror Story," "Glee," etc.) as a showrunner. Dark and morbidly funny, the show starred Dylan Walsh and Julian McMahon as a pair of longterm friends turned successful plastic surgeons, and Joely Richardson as the former's spouse. Episodes began with them asking a prospective patient, "Tell me what you don't like about yourself." Despite periodic bouts of excess in the later seasons, overall there was a lot to like about this provocative drama."Justified," meanwhile, starred Timothy Olyphant as a modern-day Deputy U.S. Marshal with a shoot-first attitude, and a boyhood chum (played by Walton Goggins) who had turned to crime. With serialized stories and a beyond-colorful group of terrific supporting players in its Kentucky setting, it felt like a very modern spin on the cop drama mashed up with a western. As a bonus, the show also delivered a first-rate series finale. (Olyphant, incidentally, portrayed a lawman in another binge-worthy drama, HBO's "Deadwood.") — Brian LowryWatch both shows via FX on Hulu. 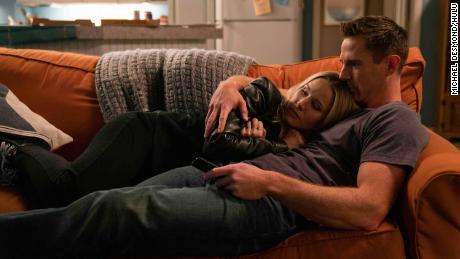 4 seasons (72 episodes) and 1 movie = 53.35 hours of content (3,201 minutes) With the world seemingly spinning out of control, we need the common sense, with a side of snark, that is Veronica Mars. Initially centered around a high school student turned private investigator (played by Kristen Bell), "Veronica Mars" will give you everything you need: drama, suspense, comedy and OMG the relationship between her and Logan. Set in Southern California in the fictitious seaside town of Neptune, it's kind of what you would get if you combined the best parts of "Beverly Hills 90201," "Laguna Beach" and "Murder She Wrote." The series, which aired from 2004-2007, was so beloved that viewers literally willed it back into being with a Kickerstarter campaign. First with a 2014 movie and then Hulu revived the show with a fourth season in 2019. Kick back and match wits with Veronica for some much needed escape. — Lisa Respers FranceWatch on Hulu.

"Sex and the City" 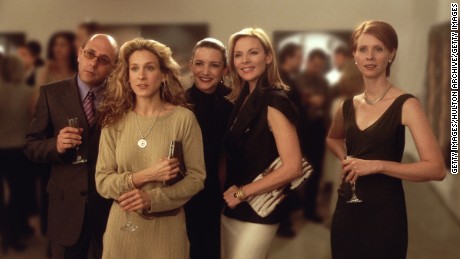 6 seasons (94 episodes) and 2 movies = 52.1 hours of content (3,126 minutes) If you're a sucker for romantic comedies then have a seat on your couch and mix some cosmos because this is the series for you. The show, which followed four friends with very different romantic lives in New York City, had women everywhere declaring whether they were a Carrie, Charlotte, Samantha or Miranda during its original run from 1999-2004. "Sex and the City" also inspired two feature films — but please don't ask about that third movie. — Chloe Melas (CNN, like HBO, is owned by WarnerMedia)Watch on Amazon Prime and HBO Now. 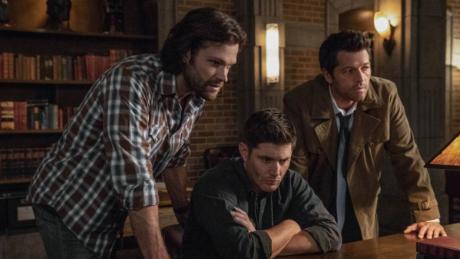 15 seasons (320 so far) = 224 hours of content (13,440 minutes)At fifteen seasons, "Supernatural" is the Pacific Crest Trail of TV binges. And it comes with similar highs and lows. Highs: The two monster hunting brothers at the center of this drama are easy to root for, bring levity to an at times dark premise and not bad to look at. The ensemble of characters that surround them throughout the course of the show are delightful. And you might be pleasantly surprised how quickly the series becomes about more than things that go bump in the night. Lows: There are some slower chunks along the way but creative lulls are part of any worthy TV ride. "Supernatural," now in its final season (the current season can't be streamed but can be purchased), is among the TV productions shut down amid the spread of coronavirus. This happened when the cast and crew still had roughly two episodes of the series left to film. So while we're not sure when the show will come to a proper conclusion, once you've consumed 300+ episodes, you're already a a loyal member of the global fandom referred to as the #SPNFamily and to that there really is no end. — Sandra GonzalezWatch it on Netflix. 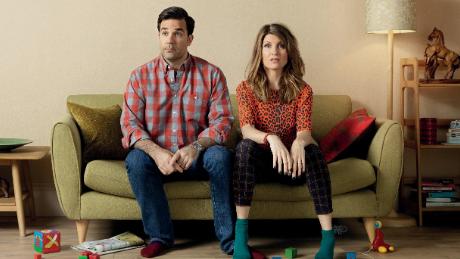 13 seasons (112 collective episodes so far) = 46.83 hours of content (2,810 minutes)I usually don't like shows that need a lot of special effects, or characters that live in space. I just can't get into it. What I do love are character-driven shows, with small casts and really good writing. Here are a few of my favorites:"Catastrophe" (Read More – Source

Share on FacebookShare on TwitterShare on PinterestShare on VKontakte
adminMarch 24, 2020
previous article

‘Council of Dads’ really, really wants to be the next ‘This is Us’

‘Tiger King:’ Where are they now?

That's because the hit Netflix docuseries has more twists and turns than some of the snakes (li..

John Callahan of TV show ‘All My Children’ dead at 66

Callahan was best known for the role of Edmund Grey in the television drama "All My Children." Calla..

"We're home now, and like the rest of America, we carry on sheltering place and social distanci..

The current season of the long-running medical drama will wrap up a few episodes ahead of schedule a..