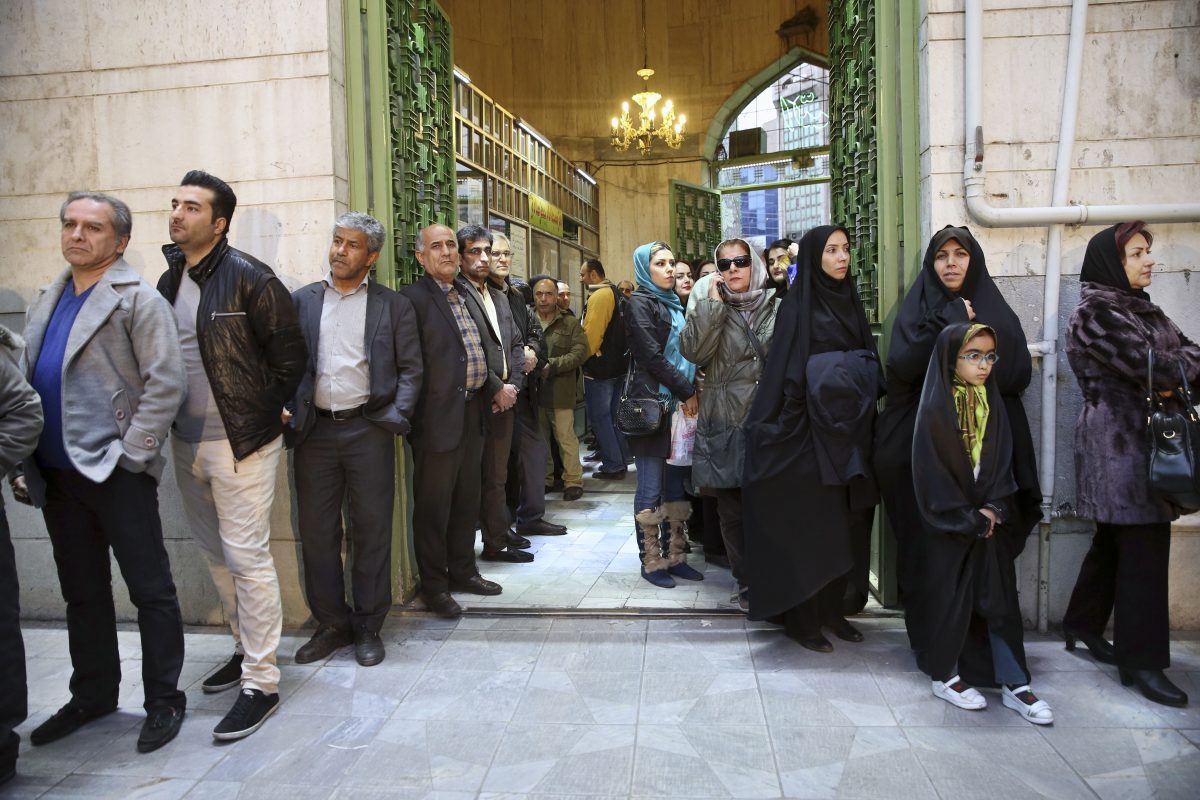 WASHINGTON—The Trump administration on Thursday ratcheted up pressure on Iran by slapping sanctions on top members of a powerful clerical body that disqualified thousands of candidates from running in that countrys parliamentary elections.

A day before Iranians go to the polls, the administration imposed sanctions on two senior officials of the Guardian Council, including its chief, and three members of its elections supervisory committee. Officials said those targeted were responsible for silencing the voice of the Iranian people by rejecting more than 7,000 candidates.

The penalties announced by the State and Treasury departments include freezes on any assets the five may have in U.S. jurisdictions, or that they try to move through the U.S. banking system. Also, Americans are barred from doing business with them. It was not immediately clear if the sanctions would have any practical effect, but Brian Hooks, the U.S. special envoy for Iran, said its important to highlight the role of clerics who are not widely known outside of Iran.

Thursdays announcement was the latest move in the Trump administrations “maximum pressure campaign” against Iran that began after President Donald Trump withdrew the United States from the 2015 nuclear deal and began to re-impose sanctions that had been eased under that accord.

U.S. officials have said the campaign will continue until Iran changes its behavior. “Theres always plenty of targets,” Hook said, when asked if the administration was running of out of Iranians to penalize.

The five Iranians targeted Thursday “have denied the Iranian people free and fair parliamentary elections,” Hook told reporters. “Together these five officials oversee a process that silences the voice of the Iranian people, curtails their freedom, and limits their political participation.”

Those targeted include the chief of the council, Ahmad Jannati, and senior member Mohammad Yazdi. Jannati is a 92-year-old hard-line cleric who once was supporter of former President Mahmoud Ahmadinejad. Yazdi is another influential member of the council who served as the Irans judiciary chief in the 1990s. The sanctions also affect Abbas Ali Kadkhodaei, who serves as the councils spokesman.

Share on FacebookShare on TwitterShare on PinterestShare on VKontakte
adminFebruary 22, 2020
previous article

SEOUL: A beige feline paces between two Gaudi-style columns at the empty 2 Cats cafe in Seoul, with ..

SEOUL: When hospitals in the South Korean city of Daegu were overwhelmed by coronavirus patients, of..