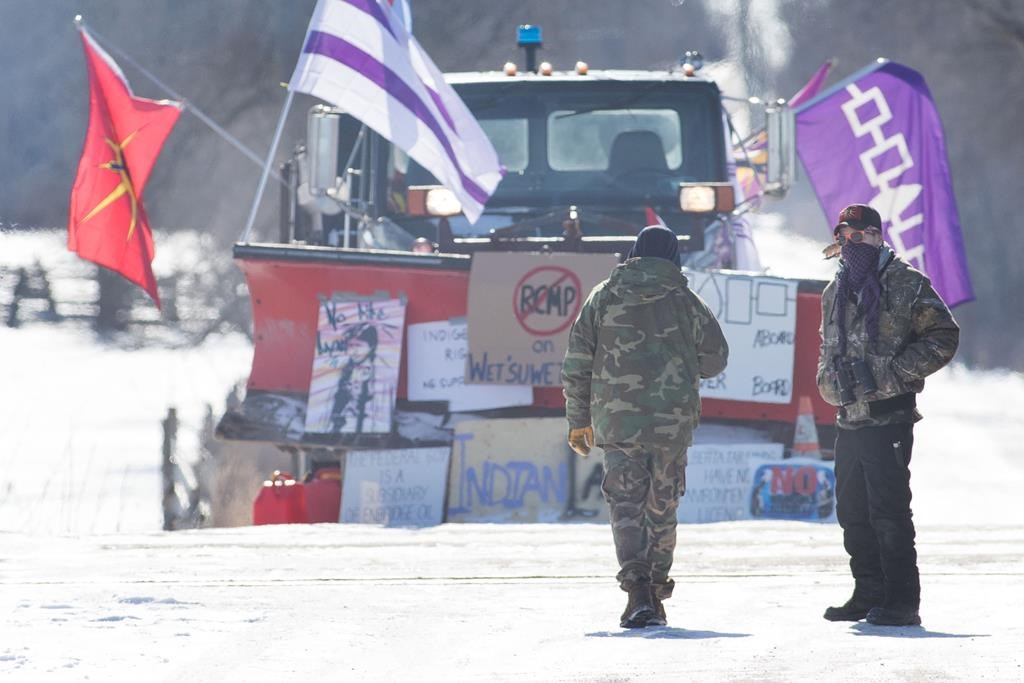 TYENDINAGA MOHAWK TERRITORY, Ont.—Police kept a watchful eye on a handful of protesters blocking a major stretch of railway in eastern Ontario on Feb. 14 as political pressure mounted on the provincial force to take more decisive action.

The blockade in the heart of the Tyendinaga Mohawk Territory near Belleville, Ont., was first erected last Thursday by community members showing solidarity with the hereditary chiefs of the Wetsuweten First Nation in British Columbia who oppose the development of a liquefied natural gas project that crosses their traditional territory.

The Ontario Provincial Police defended its handling of the situation, saying officers have been in talks with the protesters throughout the week—a move thats in line with the forces framework on resolving conflicts with Indigenous communities.

A number of court injunctions have been handed down in a bid to remove the protesters, but most have been ignored. When one such document was delivered to the Ontario demonstrators over the weekend, it was set ablaze on the train tracks.

About a dozen protesters milled around the rail line on Friday afternoon after unfurling colourful banners bearing Indigenous symbols. Some community members stopped by to survey the scene or offer support, with one family of four making repeated trips to bring bread, hummus and other food to the demonstrators.

At one point, two police officers walked over to the barricade and held a brief conversation with the protesters.

A growing number of business leaders and industry groups called for government or police intervention in the shutdowns, and federal Conservative Leader Andrew Scheer took up the cry on Friday.

“Law enforcement should enforce the law,”he said. “We have court orders, we have court injunctions. They need to be respected.”

But Transport Minister Marc Garneau said the situation is more nuanced, acknowledging the fraught history between Ontario Provincial Police and Indigenous communities may call for a more delicate approach.

“Also remember that they have to take into account some history here when were talking about what happened at Ipperwash,” he said, referring to a violent 1995 standoff that resulted in the death of Indigenous activist Dudley George. “It is their decision about how to approach that.”

Prime Minister Justin Trudeau agreed, noting that police forces have the right to use their discretion when addressing such situations.

“We are not the kind of country where politicians tell police what to do in operational matters,” Trudeau said at a press conferenRead More – Source