The crisis has drawn attention to several grievances between Stockholm and Beijing in recent years, including the arrest and detention of Swedish citizen Gui Minhai by Chinese police and a recent visit to Sweden by the Dalai Lama.In the latest escalation, Chinese authorities and media slammed a Swedish television show that attempted to poke fun at a group of Chinese tourists who were forcibly removed from their hostel earlier this month as "racist and xenophobic."The Chinese Foreign Ministry reacted furiously to the segment, aired last Friday on "Swedish News," a comedy program on the SVT station, in which the recent incident was satirized using negative stereotypes about Chinese people.Calling the program "a gross insult to, and vicious attack on, China and the Chinese people," ministry spokesman Geng Shuang said Monday that China strongly condemned it and demanded the station "take immediate measures to eliminate the extremely negative impact.""The SVT program (and its host) spread and advocate racism and xenophobia outright, and openly provoke and instigate racial hatred and confrontation targeting at China," the Chinese embassy in Sweden said in an earlier statement, before adding its own sarcastic line: "To think that such things could happen in Sweden, an advocate of ethnic equality!"On Saturday, the Chinese embassy issued an official travel warning to its citizens, warning them against a rising number of "security incidents" reported by Chinese tourists in Sweden, including theft and robbery "almost every day."CNN has reached out to Sweden's SVT station for comment on the Friday broadcast.

The furious reaction comes as Chinese authorities — as well as state-run media — ramp up their attacks on Sweden over its handling of the hostel incident early this month.A Chinese family arrived at a hostel in Stockholm around 2 a.m. on September 2 with a reservation for the next night, according to local media reports. Informed that they could not check in yet, they said they would wait in the lobby, but the police were later summoned, resulting in their removal from the hostel. 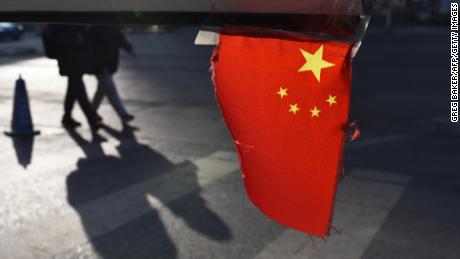 While the exact reason that the police were called has remained unclear, footage has surfaced online showing a Chinese man and his parents yelling and crying — while sitting or lying on the street pavement — with several police officers looking on."See, we are here and people are sick," the man can be heard shouting in English before his wailing mother started calling "help" in Chinese.The Chinese public appear divided over the incident, with many on social media labeling the family "drama queens" and siding with the Swedish authorities.But Chinese officials, including the country's ambassador to Sweden and its foreign ministry spokesman, have repeatedly blasted the Swedish police's "brutal treatment" of its citizens and called it a violation of the tourists' human rights.Rejecting China's demand to investigate the incident, the Swedish Public Prosecution Office has said in a statement that a decision had been made on September 7 that "no criminal offense has been committed by the police" and therefore no probe would be opened.

Some analysts have linked China's seemingly surprising rage at Sweden to several ongoing sore points between the two countries, including the controversial case of Swedish book publisher Gui and the mid-September visit to Sweden by the Dalai Lama, the spiritual head of Tibetan Buddhism whom China views as a separatist leader. 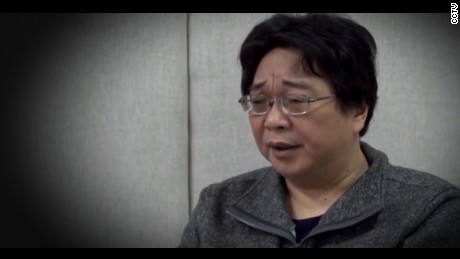 Following the latest move by the Chinese embassy in Sweden, China's state media outlets on Monday launched ferocious attacks on the Swedish television station as well as Western media and society, while some Chinese internet users claim they will start to boycott Swedish businesses such as furniture chain IKEA."Issues of principles cannot be compromised and those concerning national interests cannot be ignored," People's Daily, the ruling Communist Party's mouthpiece, tweeted on Chinese social media. "Those insulting China must pay the price.""History indicates that it would only be a matter of time for a country to reap what it has sown if its mass media can fearlessly provoke and instigate racial hatred and confrontation," warned a scathing editorial by China Daily, the country's official English-language newspaper."Given the social and refugee challenges the Swedish government faces, if it continues to give a green light to 'entertainment' programs like this while claiming to be an advocate of equality and human rights, the chickens will eventually come home to roost."

Mother, two toddlers burnt to death in fire in Malaysia

No one needs to fear CAA and NPR: Maharashtra CM Uddhav Thackeray after meeting PM Modi